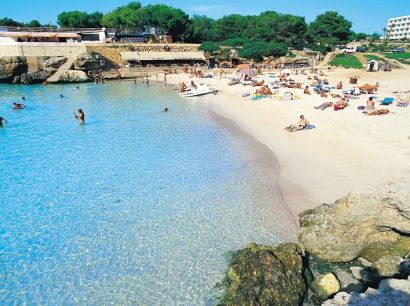 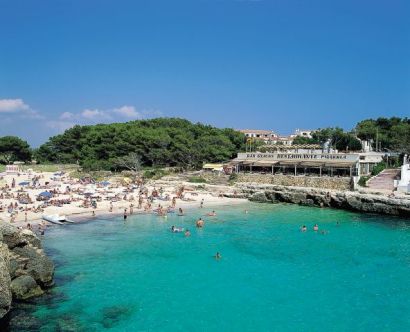 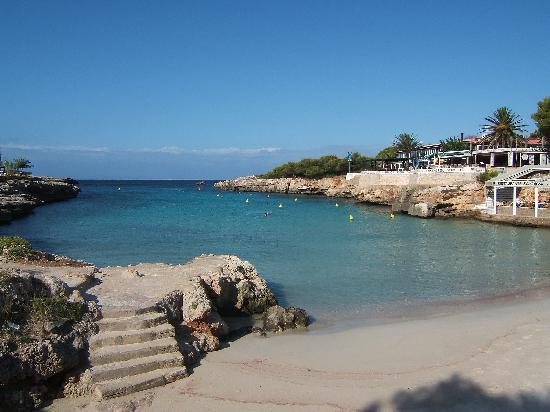 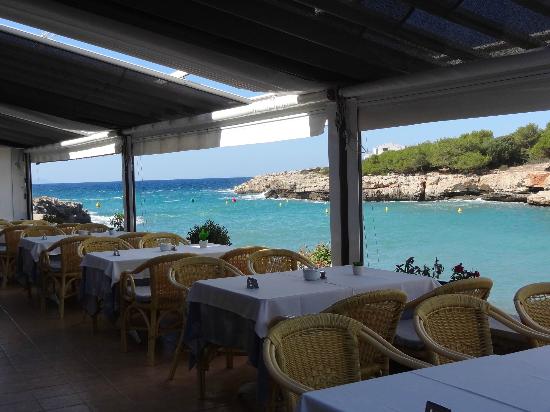 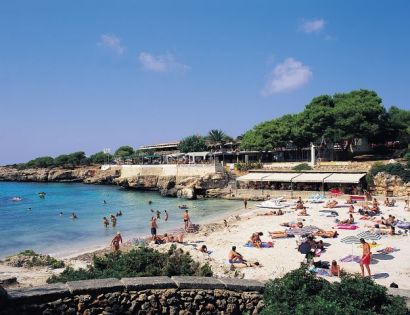 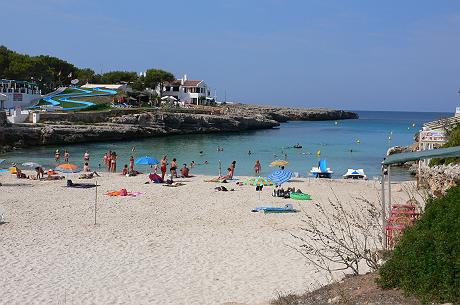 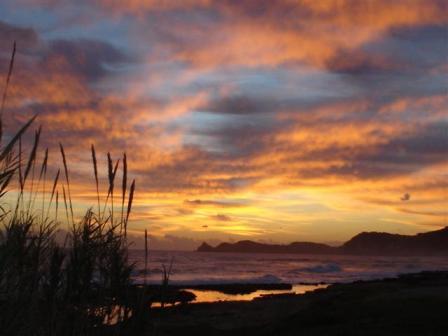 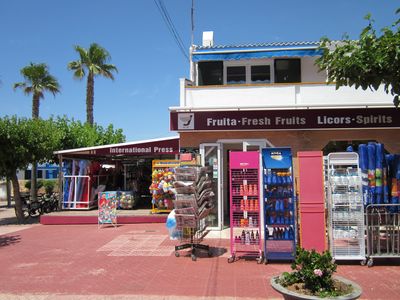 Travel Guide to your Holiday in Cala Blanca:

Cala Blanca is one of Menorca's newest holiday destinations with most of Cala Blanca only being built in the early 1990's to accommodate an increasing demand for holiday accommodation on the island of Menorca.

Cala Blanca has two small sandy coves with beachside bars and restaurants, there is a pedestrianised shopping area Cala Blanca with a variety of shops offered. Transfer time from Cala Blanca to Mahon Airport is around 70 minutes by coach.

Beaches on Holiday in Cala Blanca:

Cala Blanca has two small, half moon bays with gently sloping, beautiful white sands and calm, shallow waters, making them perfect for snorkeling and diving. The beaches of Cala Blanca are quite small and close to Ciutadella so they can get quite busy at times.

There is a selection of shops and bars behind the beach in Cala Blanca so if you are in need of a little refreshment or need some provisions whilst on your holiday in Cala Blanca, you will be just fine.

Things to do on holiday in Cala Blanca:

The most popular activity in Cala Blanca has got to be scuba diving. There is a dive centre in Cala Blanca and there are lessons and excursions available for beginners as well as experienced divers.

Lots of the nearby resorts are well within walking distance of Cala Blanca so it is easy to have a wander round and see what's on offer.

Out and about on Holiday in Cala Blanca:

There are a few shops and supermarkets for essentials and some summer wear in Cala Blanca but if you are wanting to browse the shops for a few hours you would really need to take the bus to Ciutadella but please be aware of opening times as many people still have their afternoon siesta.

Nearby Attractions to Cala Blanca:

There is plenty to do in the surrounding area and no trip to Cala Blanca is complete without a visit to Ciutadella which can be easily reached by bus. Wander through the many winding streets and browse in the many shops or enjoy a little refreshment in a harbour cafe. There is also a 14th century cathedral and a mix of Spanish, Moorish and Baroque architecture to be seen. The Sant Joan festival is held here in June and the beautiful native black horses parade through the streets.

There are a couple of water parks nearby to Cala Blanca too, the Aqua Centre Water and Aqua Rock Waterpark, both of which are great fun for all the family and will keep everyone entertained for ages.

Cala'n Forcat which is not far from Cala Blanca has various activities during the day for kids, including bouncy castles and trampolines and is quite lively at night with various bars and nightclubs so it's certainly worth a visit.

The capital, Mahon is a must whilst on your holiday in Cala Blanca. There are numerous sightseeing opportunities and a good variety of shops, bars, restaurants and nightclubs on offer. With play areas for kids, various markets and so much more, it is a great place to visit.

See below our offers for Cheap Holidays to Cala Blanca